Choose your caffeine strength, then choose a grind or whole beans. It’s simple to get the coffee you need.

FREE SHIPPING: To get free shipping, just add FIVE bags or more to your order. 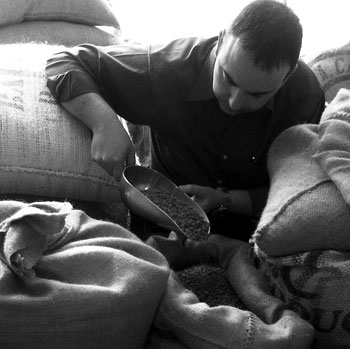 The Benchmark Blend is really where it all began for Baristador Coffee.

The idea was planted when my naturopath broke the news to me that I needed to reduce my caffeine consumption back in 2005.

I was shocked and was planning to ignore her advice because the thought of drinking decaf coffee for the rest of my life was nauseating!

The mission was to seek out beans that could deliver full flavour while also carrying lower caffeine. As it turns out, the beans were only part of the answer. The ultimate solution that is Baristador, also requires some ingenious roasting.

Personally, I love the Benchmark Blend coffees and I hope you do to – whether you are seeking lower caffeine for immediate health needs, during breast feeding, or as part of a quest to wean yourself away from dependency on caffeine!

Have a look through the range, mix your order, and just see how good quality coffee can taste, even when it is carrying less caffeine.