7 sips of coffee: Catherine Owen on a cup of good coffee 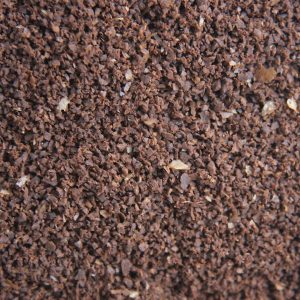 This is the sixth of seven guest blog posts about coffee. Baristador Coffee does not necessarily endorse the coffee making methods below, but does endorse Ms Owen’s sentiments. Many thanks to Project Gutenberg for making this guest blogging series possible.

People often speak of the delicious coffee they drank at this place or that, as something quite unattainable in their own homes; yet, as rich, fragrant, clear coffee is no more expensive than strong coffee—thick and muddy, bitter, but not fragrant—there is no reason why every one should not revel in the simple luxury. First of all, as to the pot: Some people seem to have quite a superstition about a coffee-pot. The fact is that any absolutely clean pot will make good coffee, and I have made as good coffee in a warmed pitcher as ever was made in the most perfect of filtering pots.

Strong French or filtered coffee is not used in many families, because it is believed to be more expensive; but this mistake comes from the fact that the experiment is often made with coffee too coarsely ground. Grocers usually grind coffee like coarse oatmeal; but coffee so used is very extravagant, for you require double the quantity necessary. Coffee should be ground as fine as coarse corn meal—not so fine as flour, or it will clog the strainer—and it should be freshly ground each time coffee is made. These rules apply both to boiled and filtered coffee.

Allow for strong breakfast coffee, one tablespoonful of finely-ground coffee for each person, and half a pint of boiling water to each spoonful. Put the coffee into the strainer, and set it where it will get heated, but not burn (the flavor of both coffee and tea are improved by being warmed before the water is added). Pour the freshly-boiled water on the coffee ten minutes before breakfast. Coffee is spoiled if made too long.

If you use the usual French coffee-pot with two strainers, you will save time by pouring the water on a little at a time. There is, however, a coffee-pot that is easier for general use, as the water can all be poured on at once; the process is then exactly the same as making tea, except that part of the water must be poured out and returned.

For black, after-dinner coffee, you require four tablespoonfuls of coffee to a pint of water.

You must remember that, in using little water, you make very strong coffee, and you need only each cup one-third or half full; then fill it up with foaming, hot milk. If you live in a city, this is the real expense; but a cup of such coffee is far more nourishing than the usual weak coffee just clouded with milk. For instance: If you put a pint of water on a tablespoonful of coffee, you get two cups of coffee too weak to allow much milk. If you put one-half pint of water to a tablespoonful of coffee, you get two half cups, rich and strong, each of which will allow being filled up with boiling milk. Therefore, you get the same quantity of the beverage in one way as the other; but one will be fragrant and nourishing, the other will be neither.

Just here let me digress from the actual making of coffee to another matter that concerns coffee drinkers. It is often said by those who drink weak coffee for breakfast, such as would be made by using a pint of water to a tablespoonful of coffee, that they would be afraid to drink strong coffee. They will perhaps see from the above that they consume just as much coffee—and whatever unwholesome ingredient it may contain—in the one case as the other, but that, in one case, it is diluted with water, and in the other with milk. The moral they can draw for themselves.

Any reader who has not tried making French coffee, and has no proper pot, can experiment in the following way:

French Coffee in a Pitcher.

Put two full tablespoonfuls of finely-ground coffee in a well warmed pitcher; pour on it a pint of freshly-boiled water, and stir it to saturate the coffee: cover close with a cloth pressed into the top, and let it stand on the range five minutes. Have another heated vessel (a pitcher, if you choose); lay a piece of muslin (scalded) over it, and pour the coffee carefully through it. This will be clear, fragrant coffee.

This is preferred by many, although it lacks the aroma of filtered coffee, which some consider a raw flavor. Put two tablespoonfuls of coffee into an ordinary coffee-pot, with a pint of boiling water. Stir it well; then let it just boil up, and set it where it will keep hot, but not boil. Throw into it a tablespoonful of cold water, and in five minutes pour out a cupful of the coffee, return it to the pot, repeat this, leave it five minutes to settle, and the coffee will be perfectly clear, without any egg to clear it.

Of course I am assuming, when I promise good coffee from either of these methods, that you use the best quality of coffee. Out of poor coffee you may make a clear liquid, but you can never make fine coffee. By fresh-boiled water, I mean water which has not been kept boiling, but is used as soon as it boils.

But it is not enough to know how to make good coffee. There are mysteries about it which beset even those who understand how to make it—periods when the coffee will be poor in spite of the quantity or quality of coffee used, or it will be bitter, black, and flavorless, even though we know we have the finest Java, the very same that has yielded golden fragrance to us heretofore. So it seems to me not enough to tell how to perform the simple feat of making coffee, but how to explain the periodical deterioration to which it is subject. The first difficulty is that of a weak product, in spite of the fact that you know the right quantity of coffee, and not too much water, is used. You may be almost sure, in this instance, that the coffee is not ground fine enough, half of it, probably, being as large as rice. Alter the screw of your mill. It is harder work to grind coffee when the mill is screwed tight, and you may not find it easy to keep it screwed just right, for it will develop a perverse tendency to loosen under Delia’s care, which you will know by your coffee being weak and your grocer’s bill long.

Another trouble that seems sometimes unaccountable: The coffee will be cloudy in spite of strainers. There is only one honest reason for this—the coffee may be ground too fine. But this is unlikely; it is more probable that the water has been poured all at once into the strainer, instead of gradually. This would have taken a long time to drip through, and a spoon has been used to facilitate the process, and muddy coffee is the result.

Sometimes families will have trouble of another sort. The coffee will be strong and bitter, without aroma, and when milk is added, instead of the beautiful, clear brown it should be, it will be of a blackish hue. This kind of poor coffee will come to the table week after week, and the quality of the coffee itself be blamed. It comes from one of two causes: It has been made too long and kept hot in the pot, or the pot itself is not well kept.

Not even milk-pans require more scrupulous care than the coffee-pot. It may be rinsed after each time of using, and yet be far from clean. There is an oily property about coffee which adheres in spite of rinsing out. You can see this for yourself by taking almost any coffee-pot that has been some time in use (unless it has been very carefully kept), and you will find clinging to it a sort of black grease (not brown); this will come off if you rub a cloth round the inside. Now, this deposit, for some reason which I should like to have explained, destroys the fragrance, color, and flavor of coffee. If you see your coffee looks black-brown instead of ruddy brown, you will know it will be flavorless, however strong.

To keep this black oil from the pot it must be daily washed (not rinsed), scalded, and dried. Each piece of a French coffee-pot should be separately dried before it is put away. If packed together wet, the strainers will in time give a metallic taste. Another reason for great care is that, without it, the strainers get clogged and the coffee will not go through.

If you find your coffee-pot has been neglected, put a piece of washing soda as large as a hickory-nut into hot water; set the strainers in it; let them stand on the stove for hours; put the same in the coffee-pot; then rub and brush both till the wire gauze is clear and all the black removed; then run boiling water slowly through, and dry it. Let the care be daily afterwards. The grease will not form, nor will the gauze fill up, if a pint or so of boiling water is poured through every morning and it is dried before being put away. Cold water is worse than useless, as it sets the oil. Sometimes the coffee-pot is put away exactly as it leaves the table, with left-over coffee in it. This should never be.

In drying the coffee-pot, or warming it, be careful not to let it get too hot, or there will be the flavor of burnt coffee to spoil the beverage for that occasion.

One of Catherine Owen’s mottos, “Keep house, in order to live comfortably; don’t live in order to keep house,” applies equally to her approach to coffee.