Coffee habits and addiction: Is caffeine the new nicotine? 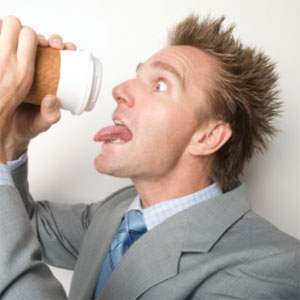 An intriguing article by Scott Wood from iNform Health and Fitness entitled, Coffee – The cigarettes of the 21st century, should give all coffee drinkers some pause for thought.

Once we all get through the knee-jerk, defensive responses shared by people dependent on all kinds of substances, there are some interesting insights in Scott’s article that illuminate why Baristador was created in the first place and why we should always question how much coffee we consume.

In his article, Scott suggests:

What is Scott trying to tell us and how does this all marry with the Baristador approach to coffee? Let me explain.

Scott is asking us to question our reliance on caffeine

There are three key quotes from Scott’s article that I believe capture the essence of his message to us.

The first is that, ‘regular caffeine intake can impact negatively upon our physical health.’ Scott tells us that the extra acid that the presence of caffeine triggers in our stomachs leads to ulcers, while the continual stimulation of our adrenal glands leads to ‘adrenal fatigue’. His point is that coffee with full caffeine content throws our body into fight or flight mode while we are often sitting on our ‘backsides’. This can only go on so long before doing damage, including throwing our sleep cycles out of whack due to caffeine’s fight against ‘adenosine’ – the ‘hormone that helps regulate our sleep cycles’.

The second is the mythology about caffeine that has been ‘perpetuated by past scientific literature’. Scott argues initial studies showing that ‘caffeine consumption improves cognitive performance’ have been shown by more recent research that actually included ‘controls’ (people who were not drinking coffee) to be wrong. Quite simply, the best that can be said of caffeine is that is merely undoes the damage it has already done, temporarily. Scott reveals that coffee drinkers could only match non-coffee drinkers after their cuppa, as he eloquently puts it, ‘rather than improving your cognitive performance, caffeine merely created a deficit when you hadn’t had it.’

The third point is Scott’s haunting reflection on the research. He says:

You don’t need that morning coffee to charge yourself up, you need it to feel normal. Isn’t that what long-time heroin users say about their addiction?!

Much to Scott’s lament, his clients are quite dismissive of the impact of caffeine on their health and he acknowledges that people appear to affected by caffeine to dramatically differing degrees.

His questions to us are as follows:

If your answers are an emphatic ‘fine’ or ‘excellent’, then your system seems to be coping with its caffeine intake, at the moment. If not, Scott suggests laying off the coffee for a couple of weeks to see if either facet of your health improves.

I have long consumed my B70 but of late I have been drinking B30. I even serve it to guests without telling them and nobody has ever noticed the ‘lack of caffeine’.

Personally, I think this is the smart way to wean yourself to a lower intake of caffeine, allowing your system time to clean up after its ‘habit of poison’ with few, if any, side effects.