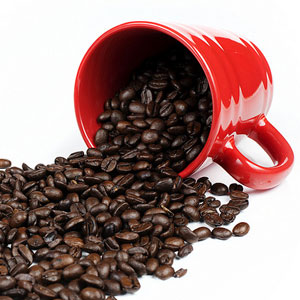 How to store your coffee safely (Image Dustin Gaffke via Flickr)

This is a guest article by Mike Stewart from Australian Food Safety News. I have added some comments in italics within the article. Steve Davis

Coffee is something that many people enjoy, in fact it’s the second most popular drink in the world after water.

Unfortunately, coffee is also something that many people store incorrectly.

Of course, many would tell you the reason to store coffee properly would be to keep its rich aroma and taste, but that is not the only concern.

It is possible that you could actually become ill from your coffee. When bacteria build up in the coffee itself or in your coffee maker, you could become sick with food poisoning.

To ensure that your coffee remains safe, you should follow these five tips.

1. It could be tempting to grab that pot or carafe when you are cooking and in need or water or another liquid. After all, it could work as a convenient measuring cup. However, you could be running the risk of cross contamination. You may put that coffee pot back in the maker without another thought, but coffee does not necessarily get hot enough to kill any bacteria from the cross contamination. Use measuring cups when you need to cook and leave the coffee maker for its specific job.

2. When you look into the water container or filter box, you may be surprised at what you see. It can be easy to forget that these parts of the coffee maker need to be cleaned too. If you do not properly clean them, bacteria could build up or even mould could form.  [The next comment does not apply to Baristador Coffee customers because we do not sell coffee to people who use dripolators] Many people who use coffee machines with filter paper will leave the used coffee grounds and filter paper in the machine until they make the next pot. This is a bad idea as bacteria could grow on the wet coffee paper and grounds, if left long enough. When you brew your next cup of coffee, you could be exposing yourself to that bacteria.

3.    Store your Coffee in an Airtight Container. This is done mainly to ensure that your coffee keeps its fresh aroma and taste, but it will also ensure that no bacteria or foreign objects find their way into the coffee grounds. The best type of container would be one that is airtight and made from ceramic to block the sunlight as well. If you look in your coffee grounds and see any sign of mould, be sure to throw it out immediately. [NOTE: Baristador Coffee comes in small, half pound (227g) bags that keep out the light, are resealable AND have one-way valves to let gases out but not back in again. Keep your freshly opened bag in a cool, dark place, and it will be fine for a week or two.]

4.    Keep the Coffee Grounds Dry. When coffee becomes damp or wet, not only will it will loose its taste but a fungus that can damage the liver can start growing. This fungus is very dangerous. To avoid the growth, you need to store your coffee in a very dry place. This is why some people choose to store it in the freezer. [NOTE: I suggest using the freezer as a last resort, preferably never. If you are not using your small bag of Baristador within a week or two, you might need to follow Mike’s advice BUT you will be sacrificing flavour while increasing the threat of moisture in your coffee each time you remove the bag from the freezer, causing condensation to occur.]

5.    Throw Out Expired Milk and Milk Substitutes. It is obvious the expired milk can be dangerous and should always be thrown out. However, some people use milk substitutes such as Coffee creamer. Keep in mind that although these products don’t contain milk, they do have use-by dates and they can become contaminated with a variety of bacteria, including salmonella. You need to properly store these milk substitutes in a cool place and throw it out promptly when it expires.

Many people do not realize they could get sick from coffee, but it is possible. Be sure to implement these tips in your kitchen not only to enjoy better tasting coffee but also to avoid food poisoning.