Is coffee the secret exam weapon? 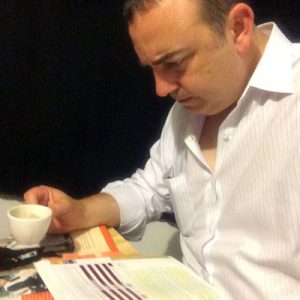 My Baristador world is in a little turmoil following a report from The Naked Scientists that caffeine has been shown to boost memory.

While I still hold the opinion that over consumption of caffeine or blind reliance on it is unhealthy, I must yield to new knowledge and adapt my position.

Let’s take a look at the study and its early findings.

In their mid-January podcast this month, The Naked Scientists discussed a paper published in Nature Neuroscience which claimed that caffeine seems to help us form better memories.

In the article, Caffeine consolidates memory, the report describes how volunteers were shown pictures of things used inside or outside the house and were then given caffeine or a placebo drink.

The next day, subjects were shown new images and asked to categorise whether they’d seen them the day before, were new, or were similar to ones used previously.

Both groups were good at detecting old or new photos but the caffeine drinkers were much better at discerning similar pictures.

It’s not just how much caffeine but how soon

In short, only subjects who got caffeine immediately after studying the pictures benefited from the drink. Taking caffeine a day later had no effect.

Furthermore, caffeine equivalent to one shot (100mg) had little effect but two to three cups yielded the results. In other words, 200 to 300mg of caffeine helped the process known as consolidation.

So how many cups of Baristador should boost my memory formation?

If you buy the Baristador B70 blend, this research suggests three short blacks or coffees should be efficacious.

However, if you buy the Baristador B30 blend, you would need to drink seven cups, which I do not recommend in one day, let alone one setting.

The takeaway for me, as someone who drinks coffee for its flavour first and caffeine second, is that unless I am studying again, none of my habits will change.

If I were studying or immersed in a task where I needed to remember many new things, I would stick to the B70 for a while and possibly make it in my stovetop espresso maker which tends to hold more coffee and deliver more caffeine-drenched drink per serve.

Let me know if you try this yourself.